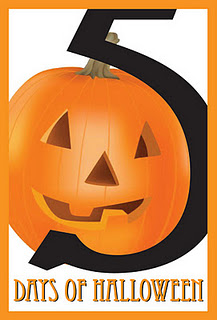 Posted by Ethne~
I have the best of intentions every year.  I think: 'I'll make the girls awesome costumes and we'll do a theme!!'  Then somehow that doesn't happen.
Fortunately, my girls are super cute (Lori can back me up on this!), so they don't need a total make-over to have a fun Halloween costume.
Their first year they weren't even a month old and so they wore a Halloween outfit from our bff Grizz's mom Claire F.  Adorable!
Their second Halloween they wore fairy costumes, but they were practical ones since we Trick or Treated at all our families' homes around metro Big City.
Third Halloween they were insects.  I was in love with those fluffy costumes.
Last year KD was Snow White and Easy Mac was Cinderella.  I went all out including mascara on their eyelashes.  Unfortunately, it was super cold so they were all bundled up with tank tops and leg warmers and ear muffs.

One issue I've got is that I have to buy two of everything which = $$$.  Also, this year the girls couldn't wear super scary costumes for their pre-school parade, so I decided they would be CATS!  And this was a bargain:
Black shirts + black pants at Target = under $10 (and re-wearable)
Halloween socks = $1 (JoAnn's one buck section)
Sequin cat ear snap-clips - $1.99 (60% clearance at JoAnn)
Black petticoat = $4.97 (Walmart regular price)
TOTAL = $17.96


I am going to make a tail out of my stash (free) and I consider the shirt and pants free too since they are wearable all winter.  Factoring those out, the costume is $7.96 per girl.  Not bad!
Whiskers and black nose are from my large make-up stash so FREE thanks to Whit!
I'll post some pictures for Lor's and my Halloween Spooktacular next week.
Be safe and have fun Friends!
Posted by WOM-MOMS at 11:37 AM