O.M.G. Friends, I have awesome news: Lori and Mur-Man are hopping Amtrak in biggish city, ND, at 2:00 a.m. tonight/a$$-crack-of-dawn tomorrow morning to head here and stay with Shaun, the monsters and me for a couple of days.

Why, you ask?  Well, I’ll gladly tell you.  One of our very fave blog authors in the WHOLE WIDE WORLD, younghouselove, are coming to big city, MN, to sign their brand new book tomorrow evening.  Just about one second after they posted notice of this, Lor and I RSVP’d for the event.  One of Steve’s best friend’s wives, RM (he only has one wife, but I think that’s proper grammar – WTF English language, and I was an English major in college, so I oughta be right on this, though I could re-word it to make it sound better but I’m not gonna cuz now I think this run-on diatribe is funny, sorry RM) is coming too! 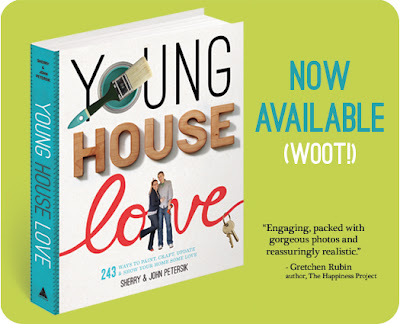 We plan to bring a little gift for them, and something for them to autograph, in addition to their books.  I could about wet my pants with excitement.  Luckily I delivered my kids by c-section, so my urinary tract didn’t get all stretched out and stuff, meaning I don’t leak when I laugh or get excited.  No offense; and I really don’t think that’s TMI, since it doesn’t happen to me.  It would only be nasty if it actually occurred.


ANYWAY, the next day, Lori and I have decided we are making LEFSE!  For any of you who didn’t grow up in the Northern Midwest, lefse is kinda like a tortilla except it’s made with potatoes and flour instead of cornmeal or flour only, and it’s pretty much on par with deviled eggs for awesomeness in my extremely important opinion.  You usually eat it at the holidays, spread with butter or butter & sugar.  I prefer butter-only most of the time.  Mainly because I eat it alongside Christmas cookies and deviled eggs so I have the balance of savory and sweet and awesome, which is the holy trinity (not capitalized so as not to be sacrilegious) of eating anything inmyextremelyimportantopinion.

The problem with lefse is that homemade is a ka-zillion times more delicious than store-bought.  Don’t be mistaken; I buy store-bought here in MN, and I LOVE IT, but it’s not the same by a mile.  And lefse is a Norwegian delicacy, and I’m not Norwegian, I’m Swedish-German-English by ancestry, so we don’t have the lefse-making tradition.  Like, I grew up with it as a holiday tradition, but then my family moved away from Williston, so I have no way to get it homemade now.  Torture.  It’s possible that Thrifty Nana (my mom) has the implements to make lefse, but I don’t think we’ve ever made it but once, two decades ago, so I’m not sure if that counts.


Here’s where having a Norwegian best friend comes in.  Lori has agreed to pack all of her lefse-making-supplies, including the giant lefse griddle in her suitcase and bring it on the train to big city.  Is that the coolest ever?  Yep, the key here is that I will once again make a mess in the kitchen, which Shaun says is my specialty.


And to make sure we pack every possible adventure in, Lori, KS, and I are viewing the 11:30 p.m. showing of Twilight Breaking Dawn, Part 2, following the lefse-making marathon.  This was STEVE’S IDEA, AND LORI’S SUGGESTION, mind you, which shocked the socks off of me.  I told her I would agree to go if she didn’t trash-talk Twilight once.  She told me that just because she hasn’t read the books doesn’t mean she doesn’t think the actors aren’t hot (do all those double-negatives cancel each other out, English major?).  Well, that’s a start. 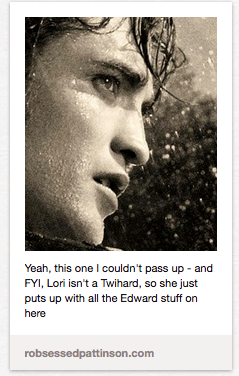 Then, Friday, Steve is coming to town for a conference and they’ll spend the rest of the weekend at JM & RM’s house (the non-polygamists).


We will for sure be blogging about our adventures, so you will FOR SURE want to check back a whole bunch this week and next week.  I am not sure if we’ll have a super awesome post for Friday since we won’t be getting to bed until breaking dawn (I’m hilarious) and I have to work Friday.


When I advised Shaun of our genius plans he said, and I quote: “Are you really trying to pi$$ me off?”  Success.
Posted by WOM-MOMS at 12:36 PM