St. Patrick's Day is officially over, but that doesn't meet we need to stop eating that DELICIOUS CORNED BEEF.  Nothing is better than a good reuben sandwich.  The BEST I ever had was in NYC at Carnegie Deli with Pastrami.  The portions were enormous and the flavor out of this world!

I was dreaming of that NYC reuben sandwich and decided to "attempt" to recreate it at home.  I opted to do open sandwiches (like the deli)--less calories...right?!? 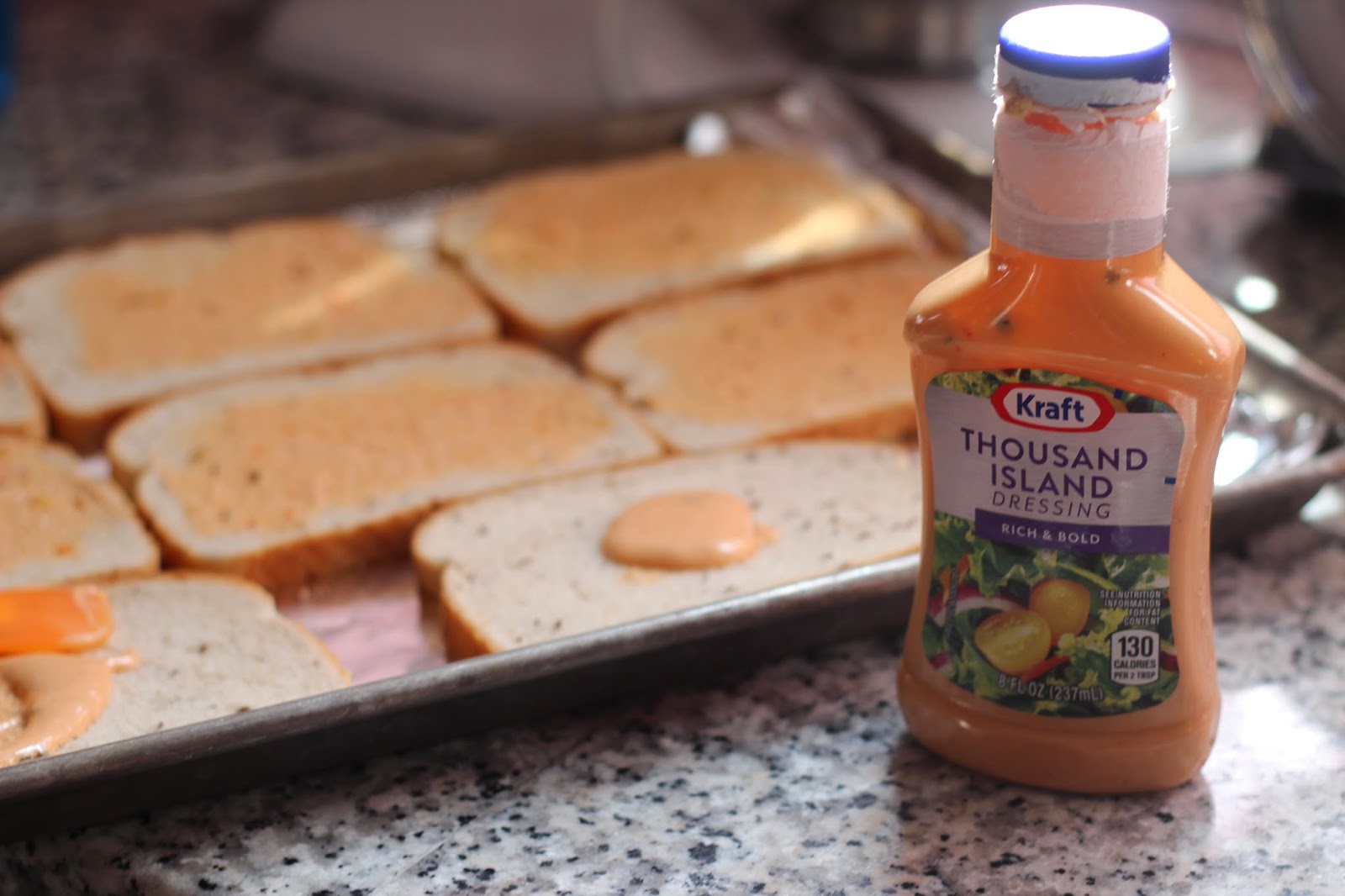 Here's my pastrami.  Not as good as the Carnegie Deli version, but this ND version will work. 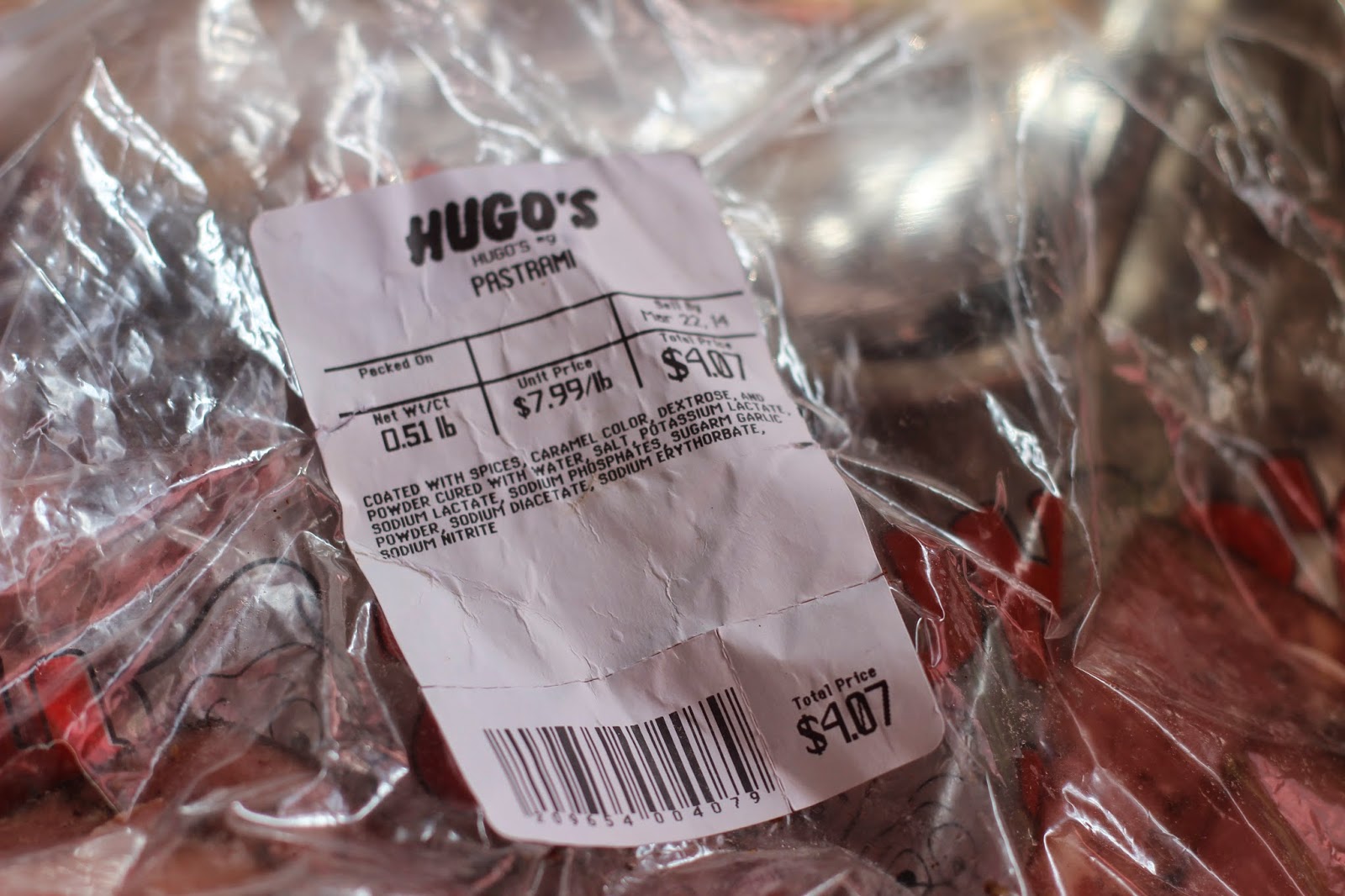 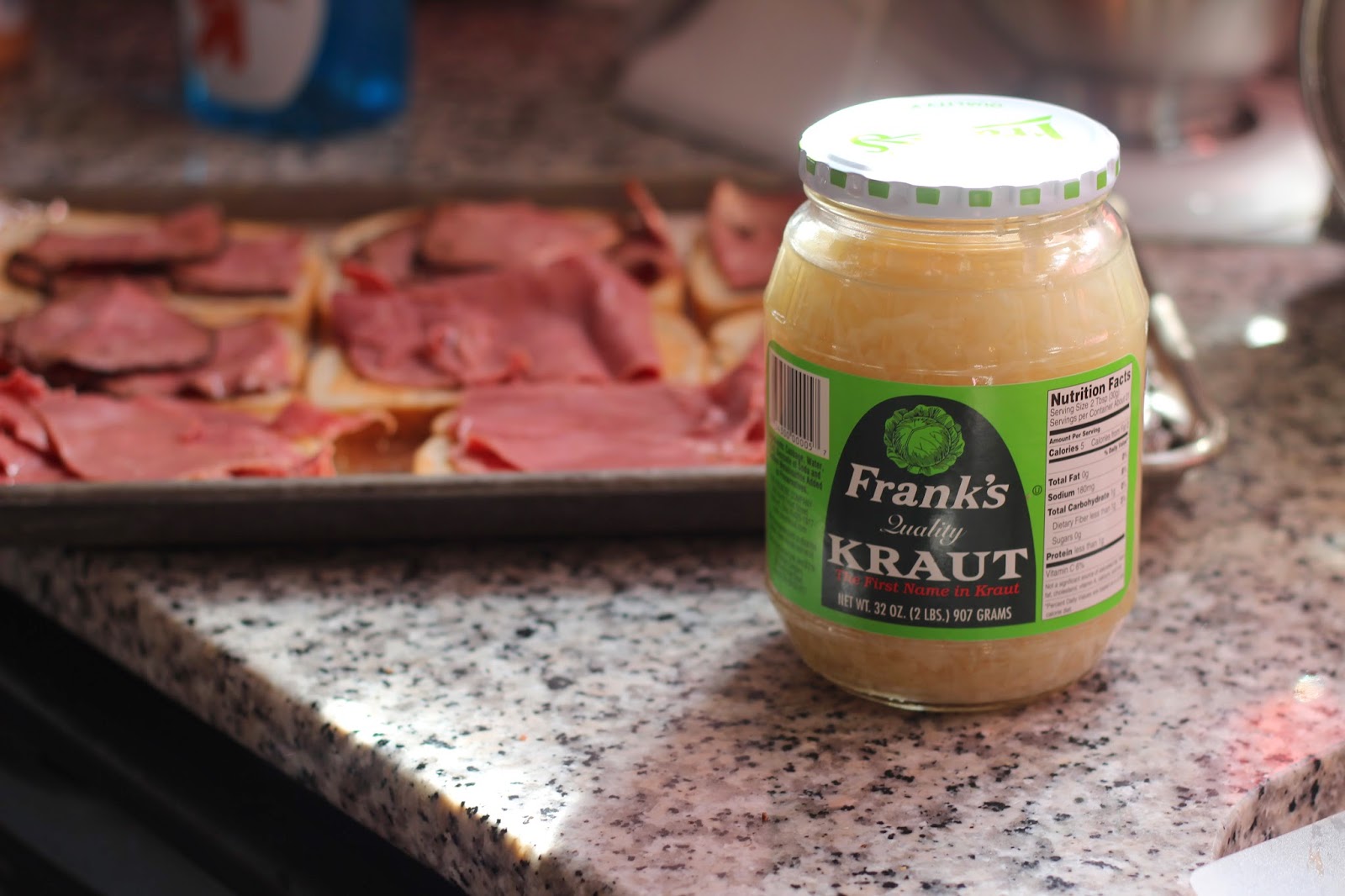 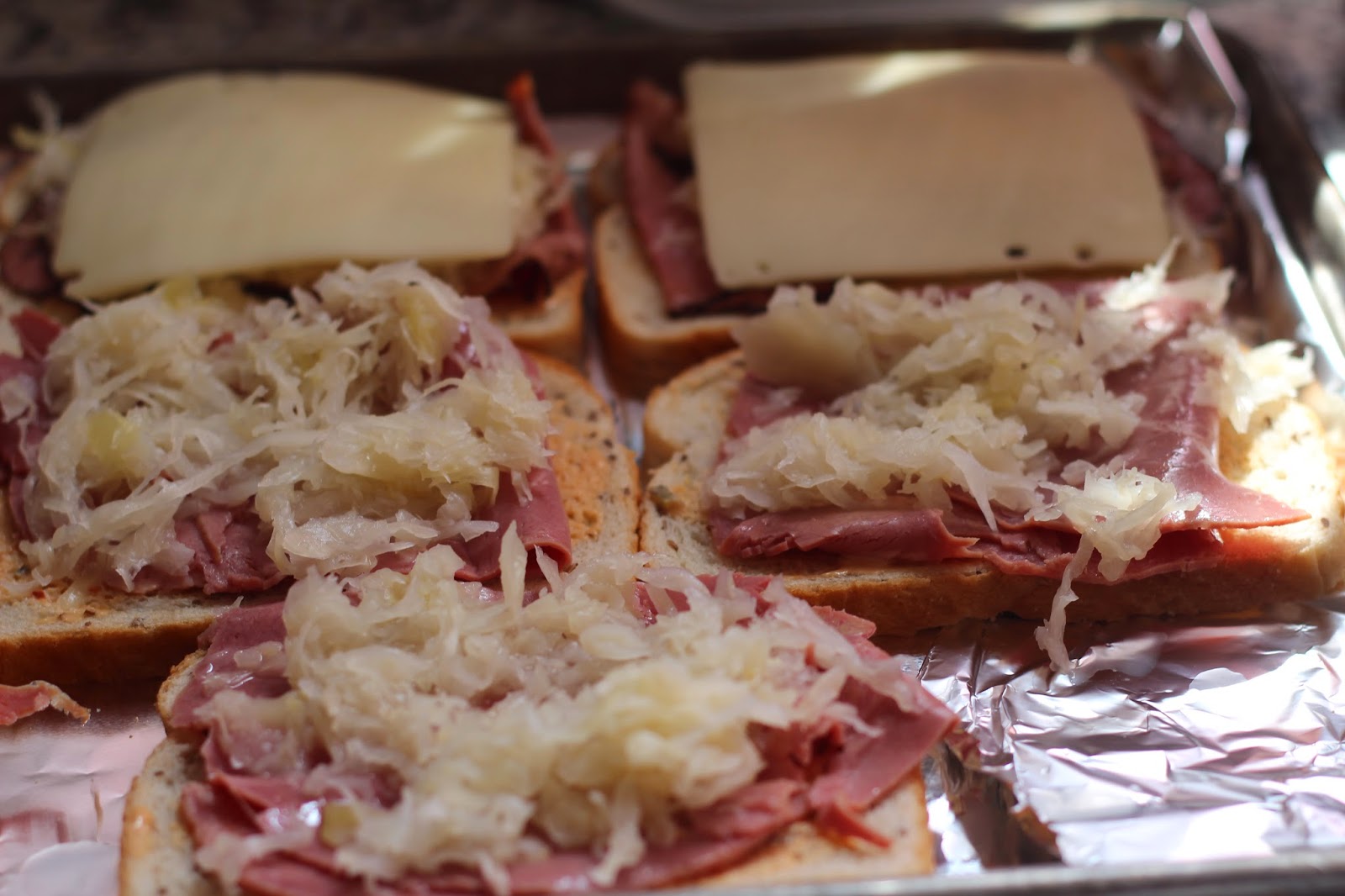 I baked my version.  And honestly, it worked! 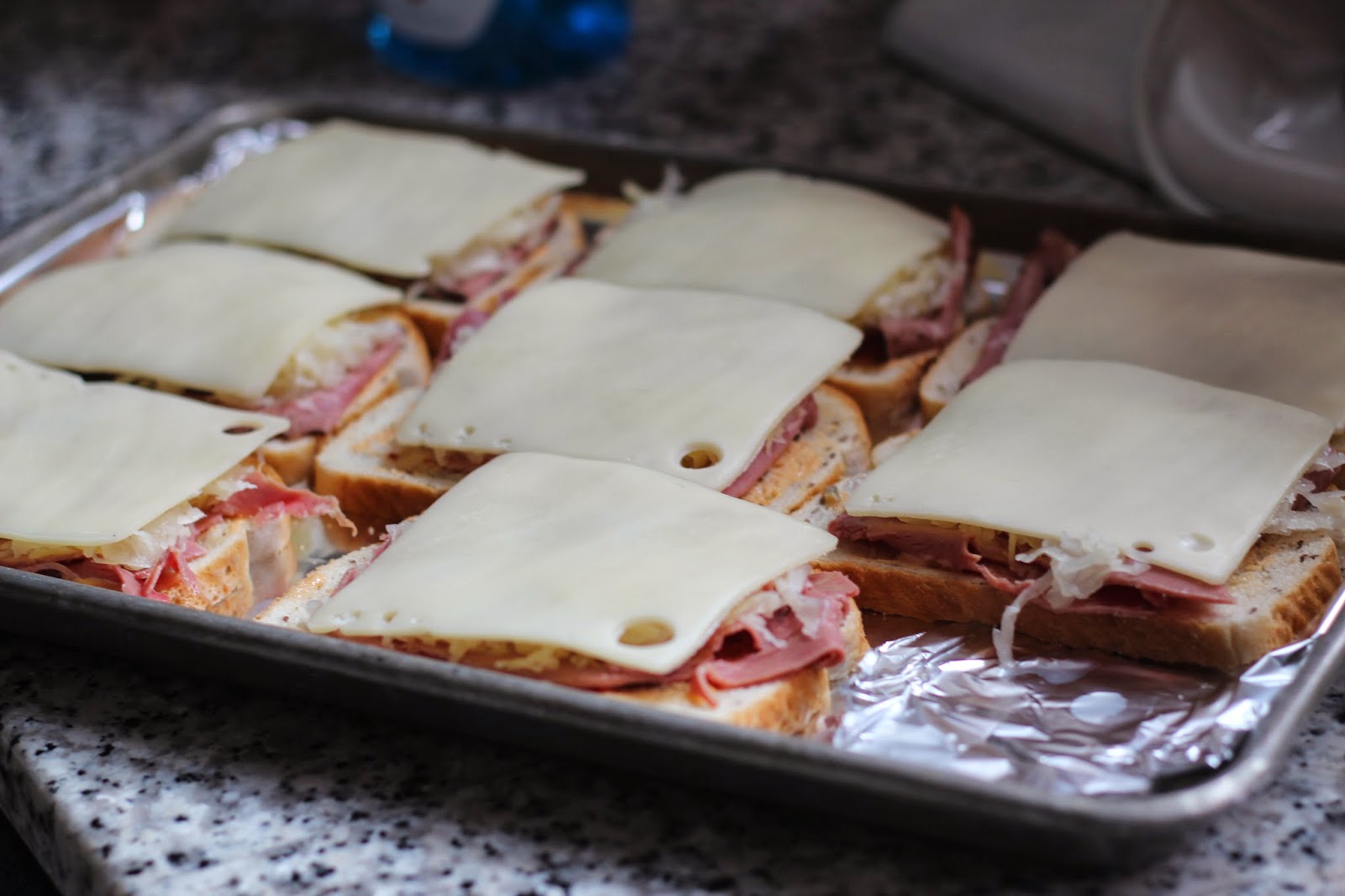 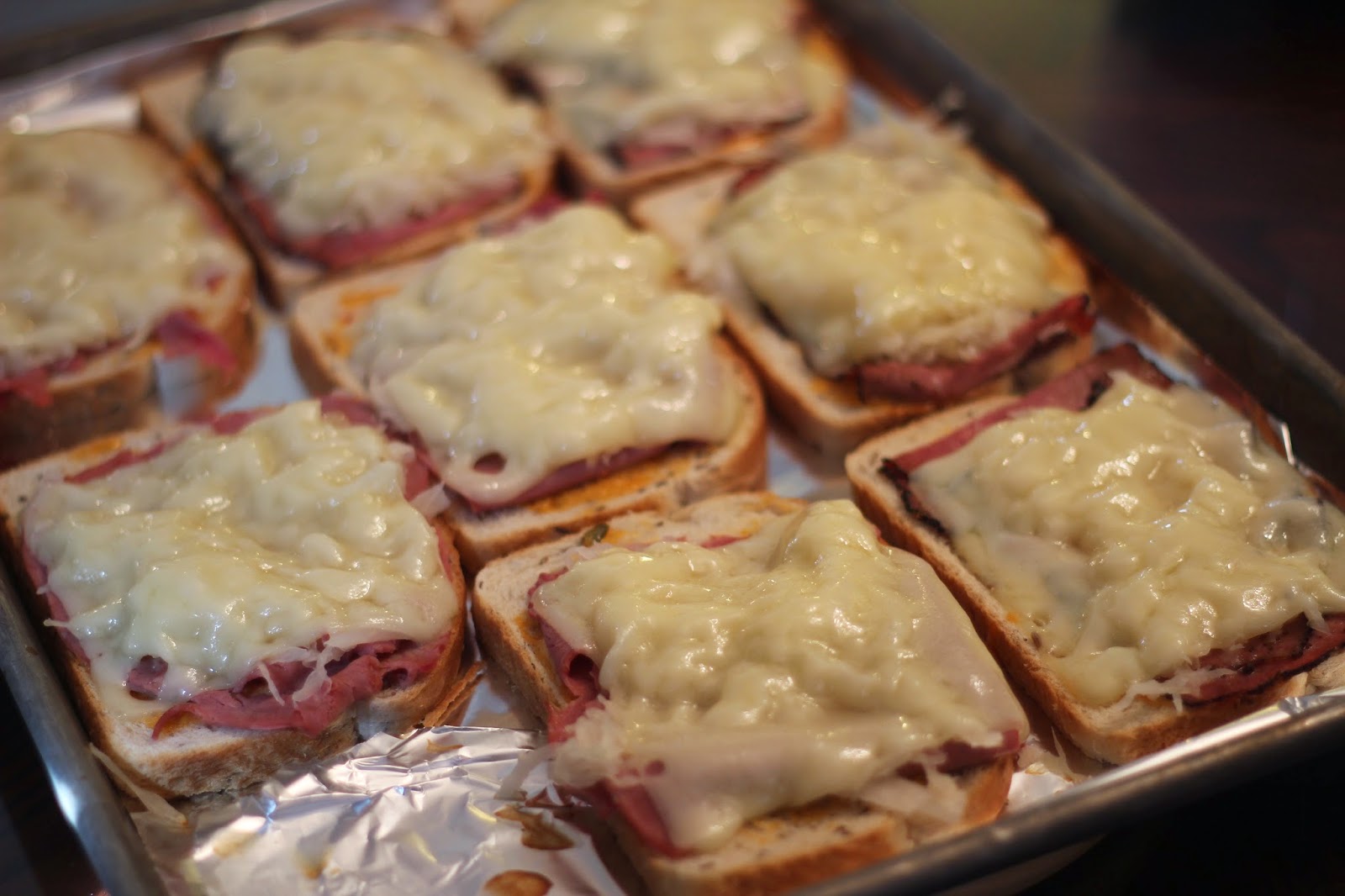 Have you tried to re-create a sandwich lately?