RIOT GIRLS: PLAY IT OVER…AND OVER!

Recently my sister turned the BIG 4-0!  LOVE HER AND THE REST OF THE 4-0 PARTY WILL BE HIGHLIGHTED TOMORROW!

Steve and I of course attended the party and of course had to take control of the music at the bar.  Like most bars, Super 8 Lounge had the up-to-date music system that is all digital.

Unfortunately, the system was no longer accepting money, so we no longer had control of the tunes.

That is until, a friend of Lisa’s told Steve about a new I-Phone Ap, My Touch Tunes.  And they also had it for the I-Pad.  Basically you can select the bar you want and control their music FROM ANYWHERE! 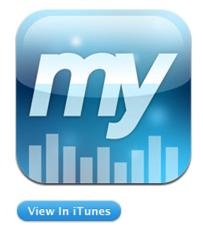 Steve basically turned into a DJ for the night…people would give Steve their selections along with a few dollars and he would play their songs. 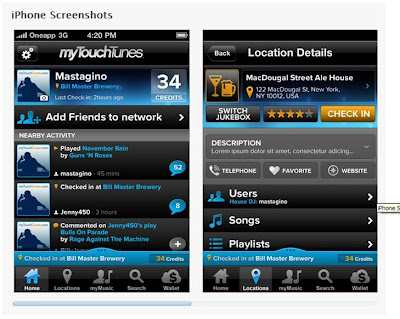 The system is simple…you load money.  To pick a song it costs 50 cents…to play it immediately it costs $1.00.  So actually you are saving money too.

And the best part, you can literally take control of the music from anywhere.  And so WOMS---consider high-jacking a jukebox near you!  Consider blasting ACDC over and over and over again!

This definitely has major RIOT POTENTIAL!
Posted by WOM-MOMS at 11:33 PM