It is a long-running tradition for us to paint flags on our toenails for the 4th of July.  We do it on our nails too, on occasion.  I haven’t done that for a while…

…Since I had this complete *bleep* of a boss when I worked at Mt. Rushmore in college.  He didn’t like us to wear nail polish as park rangers, which I thought was a little dumb, but I respected his wishes.  But over the 4th of July, I didn’t have to work, so I painted mini little flags on my fingernails the day before I had the 4th of July weekend off.  I had so many compliments from visitors!  They told me they thought it was so patriotic to see the flags on a park ranger – pretty much the opposite effect that my boss intended.  On the actual 4th of July, Mt. Rushmore does this amazing fireworks display over the faces, the likes of which most of us have never seen in our lives, and we had a zillion visitors.  I volunteered to come work the event to help with the extra people.  I ended up standing next to my boss; he saw my nails and yelled (not exaggerating) at me in front of visitors for painting them.  I was just volunteering!  Well, we know who’s the more patriotic American, don’t we?! 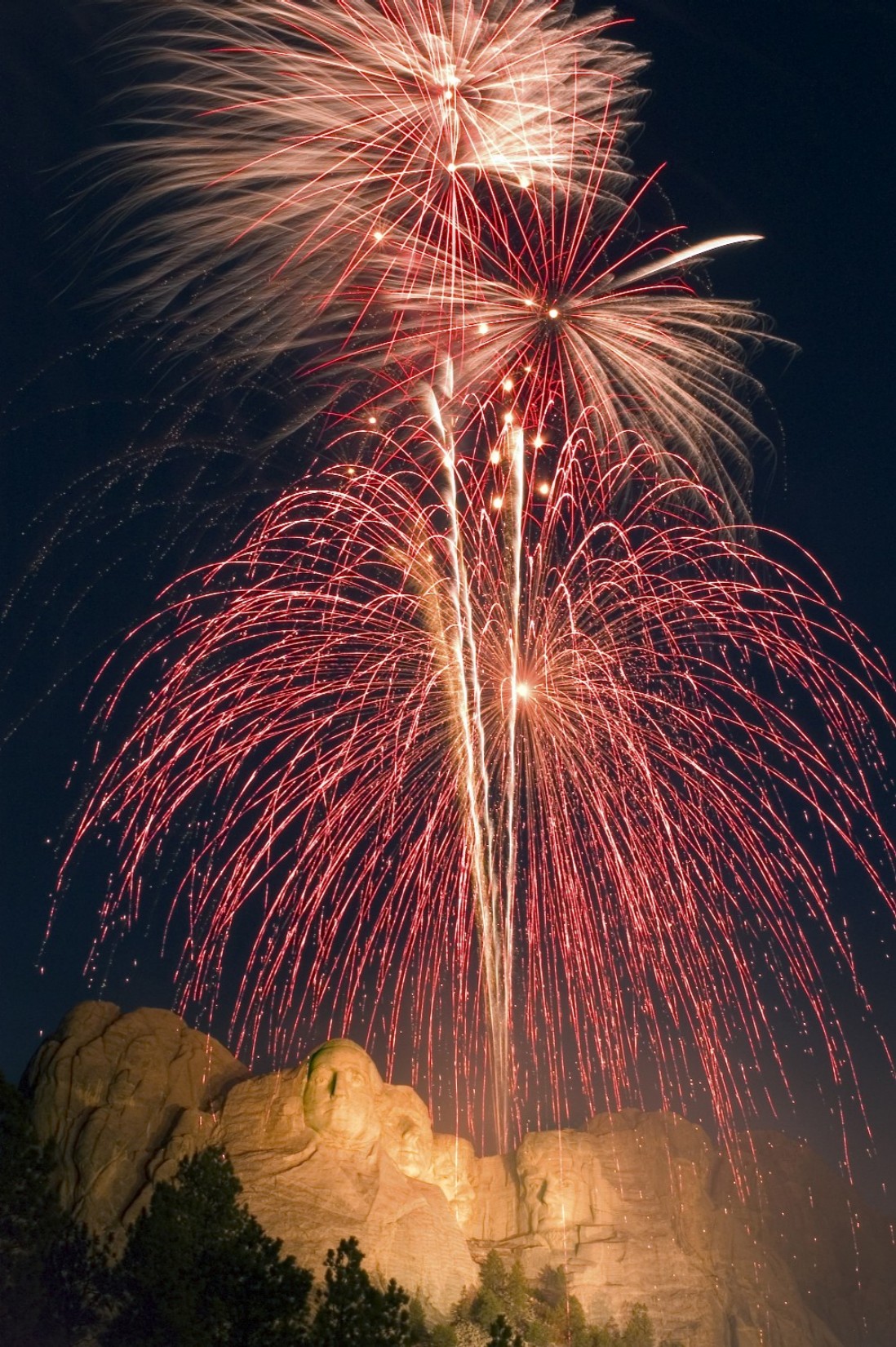 Anyway, KD and Easy Mac love having their nails painted and Whitney and I are happy to oblige.

We used to use toothpicks to apply the colors in the tiny detail, but that was kind of a pain, and did not always end up with smooth lines.  Now we can buy polishes that have thin detailing brushes for decorating.  MUCH more convenient!

The night before the 4th, I painted the girls’ toenails.  They came out very well.  It’s always hard for the girls to hold still though.  I swear they run everywhere they go.  We had a few smudges. 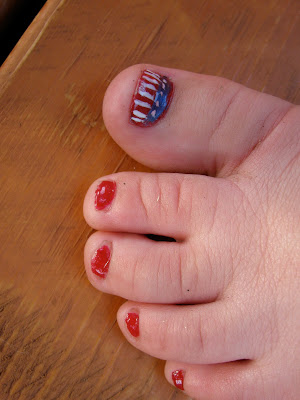 Whit and I decided we wanted to do more decorative 4th of July theme on our own toenails, so I scoured Pinterest and found a few examples here at the I'm Simply Me blog.  DECISION DONE!

Of course there was the traditional flag on our toenails.  Mine looks regular since I painted my nails red the night before.  Whit painted her nails blue so I had to paint her flag opposite colors!!

Then there were stars and polka dots and stripes.  Whit did a firework on one of the girls’ nails, though Thrifty Nana didn’t think it looked like a firework. 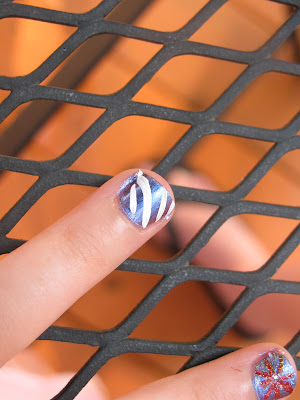 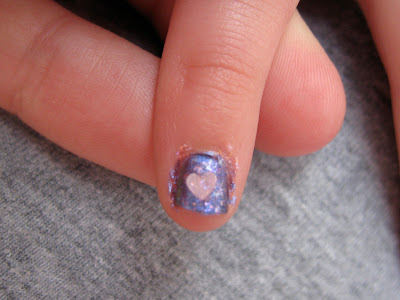 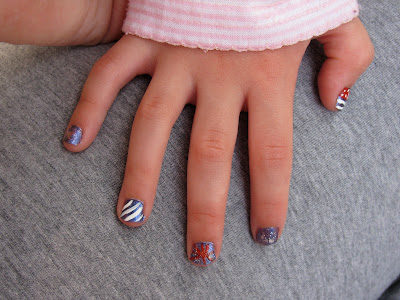 Our favorite was Whit’s left big toenail, which was inspired from Pinterest.  It had two thick horizontal stripes and then a red heart on one corner.  I was skeptical that I would be able to paint the teeny red heart, so I practiced on one of Whit’s little toes, and as it turns out, I could do it.  Not as well as the one on Pinterest, but not too badly!

So not only will this hopefully inspire you to paint your nails in fun ways – and trust me, you can paint them for all seasons – but it also qualifies for the Pinterest Challenge on one of Lori’s and my fave blogs Younghouselove!!  See everyone's Summer Pinterest Challenge projects on their post today: Paint Party!